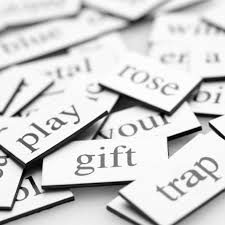 I’ve had a lot of conversations with people recently about whether poems should rhyme. It’s an old question and the answer remains the same – good poetry is good poetry, rhyming or not. There are wonderful poems that rhyme and there are terrible poems that rhyme, and the same is true of every type of literary endeavour. And rhyming poems are usually just as much about rhythm as rhyme in any case. The poems I’ve included here demonstrate this admirably.

But it’s true that rhyming poetry had a period of being out of fashion in some arenas – there are even some competitions today where rhyming is forbidden! (Perhaps this is because so many people write poems where the need to rhyme overtakes all sense or intrinsic meaning, and the poem’s original message and integrity is obliterated.) Luckily, at least here in the UK, we seem to have got over our rhyme snobbery (helped probably by the popularity of open mic nights and performance poetry), and this is a good thing. For whilst poorly rhyming poems can be truly cringe-worthy, the best are those treasures which delight both ear and mind, are a pleasure to read aloud, can be remembered for a lifetime and are ultimately passed from generation to generation.

All this talk got me thinking about the fact that I haven’t included much rhyming poetry on this blog yet (and none of my own rhyming verse, although I do write in rhyme, for both children and adults). To remedy this, here are three of my favourite rhyming poems. You’ll know them too, but good poetry doesn’t tarnish with rereading.

Ballad of the Londoner

Evening falls on the smoky walls,
And the railings drop with rain,
And I will cross the old river
To see my girl again.

The great and solemn-gliding tram,
Love’s still-mysterious car,
Has many a light of gold and white,
And a single dark red star.

I know a garden in a street
Which no one ever knew;
I know a rose beyond the Thames,
Where flowers are pale and few.

I must go down to the seas again, to the lonely sea and the sky,
And all I ask is a tall ship and a star to steer her by;
And the wheel’s kick and the wind’s song and the white sail’s shaking,
And a grey mist on the sea’s face, and a grey dawn breaking,

I must go down to the seas again, for the call of the running tide
Is a wild call and a clear call that may not be denied;
And all I ask is a windy day with the white clouds flying,
And the flung spray and the blown spume, and the sea-gulls crying.

I must go down to the seas again, to the vagrant gypsy life,
To the gull’s way and the whale’s way where the wind’s like a whetted knife;
And all I ask is a merry yarn from a laughing fellow-rover,
And quiet sleep and a sweet dream when the long trick’s over.

Beside her the lonely crochet
Lay patiently and unstirred,
But the fingers that would have work’d it
Were dead as the spoken word.

And Nurse came in with the tea-things
Breast high ‘mid the stands and chairs-
But Nurse was alone with her own little soul,
And the things were alone with theirs.

She bolted the big round window,
She let the blinds unroll,
She set a match to the mantle,
She covered the fire with coal.

And “Tea!” she said in a tiny voice
“Wake up! It’s nearly five”
Oh! Chintzy, chintzy cheeriness,
Half dead and half alive.

Nurse looked at the silent bedstead,
At the gray, decaying face,
As the calm of a Leamington ev’ning
Drifted into the place.

She moved the table of bottles
Away from the bed to the wall;
And tiptoeing gently over the stairs
Turned down the gas in the hall.

Follow And a poem on the side, please. on WordPress.com